Worldwide Prayers for an End to Coronavirus Pandemic

In response to HCHF call

ABU DHABI, UAE--(뉴스와이어) 2020년 05월 14일 -- In response to the Higher Committee of Human Fraternity (HCHF) calls to pray for humanity today, 14th May, people of all races, colours, ethnicities, and nationalities stood together in an unprecedented event to pray and supplicate to God for an end to the COVID-19 pandemic, and to guide and inspire scientists find a vaccine.

From the very first moment the HCHF announced its great initiative, the call gained the blessing and support of the two most prominent religious leaders in the world; His Eminence Dr. Ahmed El-Tayeb, Grand Imam of Al Azhar, and His Holiness Pope Francis, Pope of the Catholic Church, and received the support of a number of kings, presidents, leaders, and leading political, religious, and media figures from all the world.

Judge AbdelSalam, Secretary-General of the HCHF, held an online press conference on Monday, attended by Monsignor Yoannis Lahzi Gaid, Personal Secretary of His Holiness Pope Francis, and Irina Bokova, Former Director General of UNESCO during which he announced the details of the initiative in the presence of local and international media outlets.

Judge Mohamed AbdelSalam stated: “This support for the initiative is clear evidence that we can, especially when addressing common challenges, put aside our disagreements under the banner of our human fraternity. Believing that our common human values is the driving force for the HCHF’s members to announce the call to pray, fast and perform charitable work to rid mankind of this pandemic and its consequences.”

Judge AbdelSalam also announced the launch of the official website of the ‘Pray for Humanity’ initiative (pray.forhumanfraternity.org), which will provide live coverage of the day and will serve as a digital archive for this historic day and future events of the HCHF.

The HCHF was established to implement the humanitarian principles advocated by the Document on Human Fraternity and engage all religious and international organisations in this process to achieve peace, coexistence, global citizenship and human fraternity.

The HCHF consists of a group of influential figures of diverse religious and cultural backgrounds and experts in the fields of Inter-culture communication, interfaith dialogue and social coexistence: 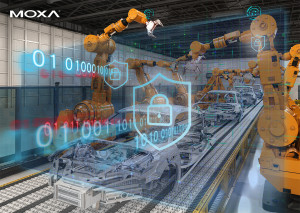